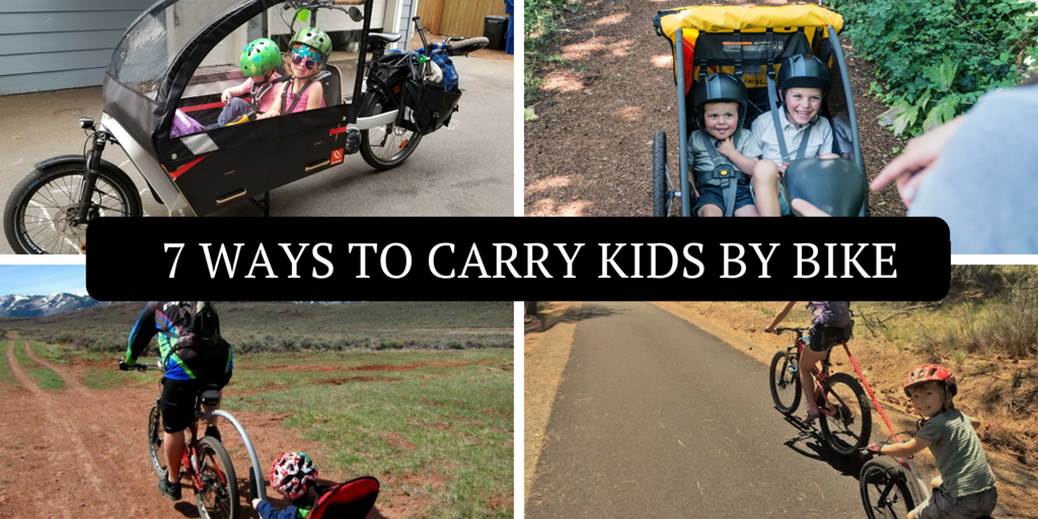 Here we’ve outlined 7 of our favorite types of child bicycle carriers, as well as a comparison chart to help you choose the best one for your family.  Criteria you might want to think about when choosing a carrier include budget, the number of kids you need to carry, your storage space, and your appetite for risk.

Best for parents who are concerned about safety and for very young toddlers. Many trailers are designed to convert to jogging strollers, so for parents who run as well, this option can be the best bang for your buck. The downside of a trailer is that your child is relatively unengaged and it can be hard to hear and interact with them while biking. 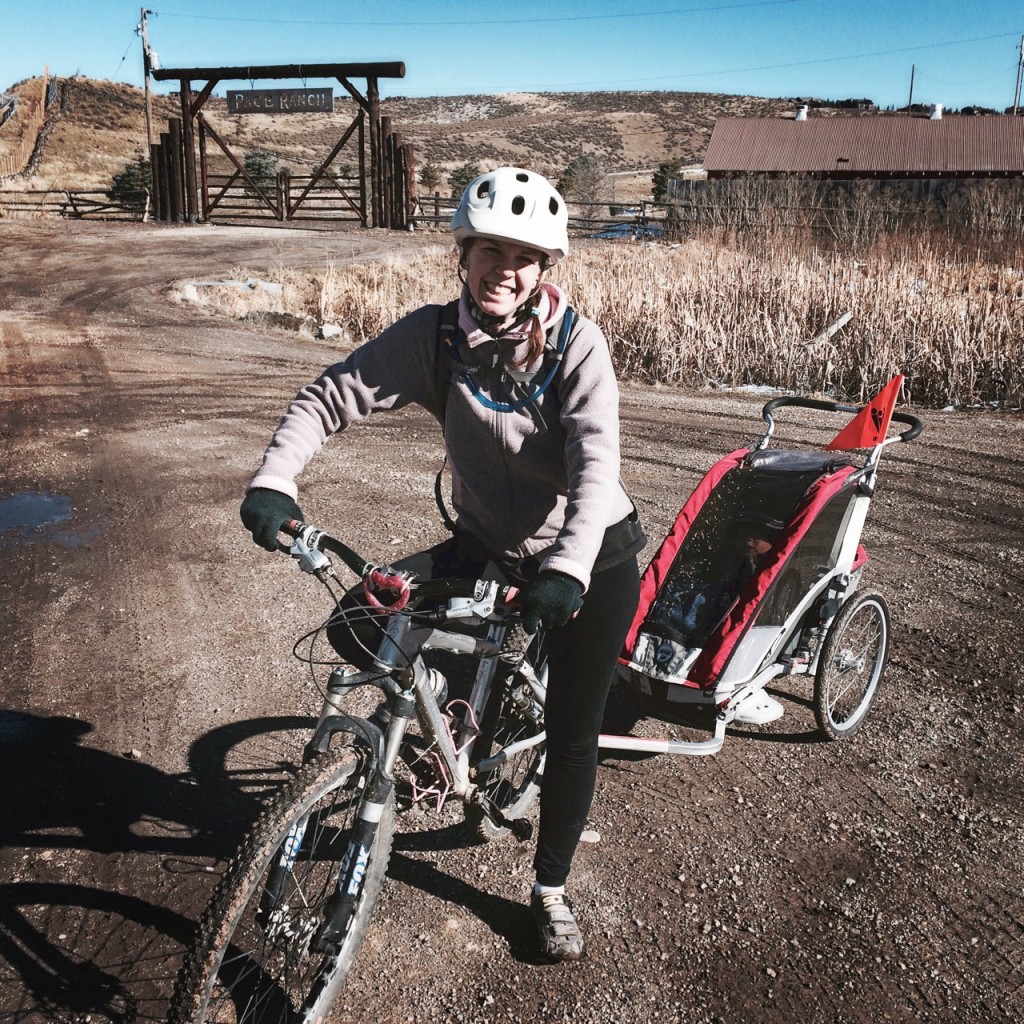 This is my personal favorite type of carrier for toddlers. It is easy to talk to and interact with your child while biking, and it is fun and engaging for them. The price of a front bike seat is generally much cheaper than other types of child bicycle carriers as well. That said, I only recommend front bike seats for parents who feel confident on a bicycle as there is a fall danger if you were to tip over or get hit. 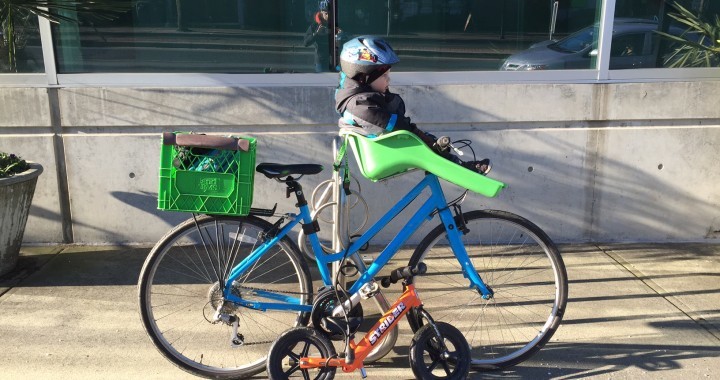 Rear bike seats aren’t quite as much fun as a front bike seat, but they are able to hold older kids and they work on cargo or long-tail bikes like the Xtracycle. A rear bike seat is probably the best option for parents interested primarily in commuting. Just like front bike seats, there is a fall risk associated with having your child on your bicycle so make sure you are comfortable balancing and maneuvering on a bike before choosing this option. 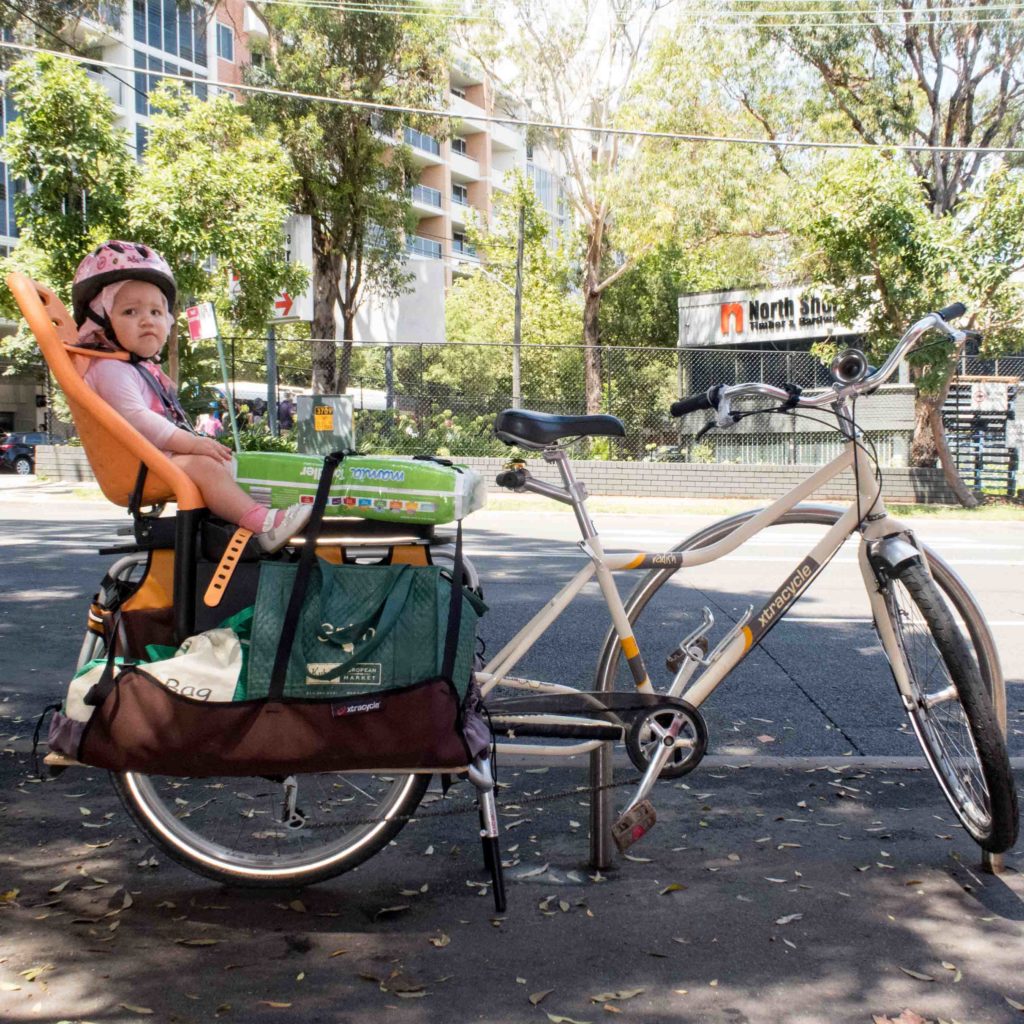 Also known as trail-a-bikes, trailer-cycles are an attachment to the rear of an adult bike that allows a child to pedal along. This is a great option for kids ages 3 and up because it allows them to get exercise and feel involved in the outing. The weight and length of the set-up can take some getting used to. 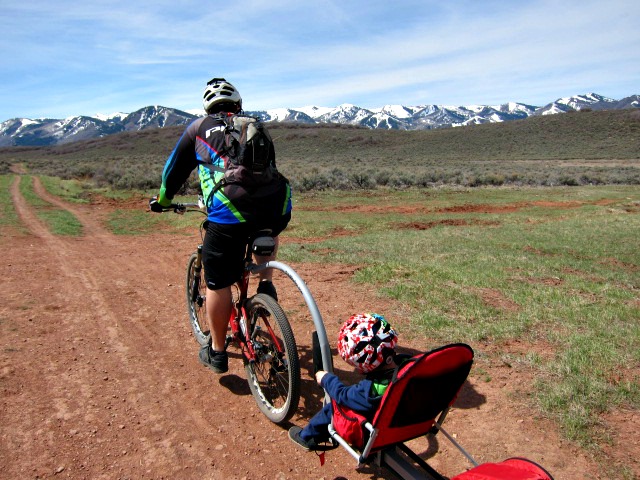 Tow-ropes, and to a lesser extent, tow-bars, are a great way to bike with kids who are old enough to ride their own bike, but not yet capable of making it up big hills or long distances. 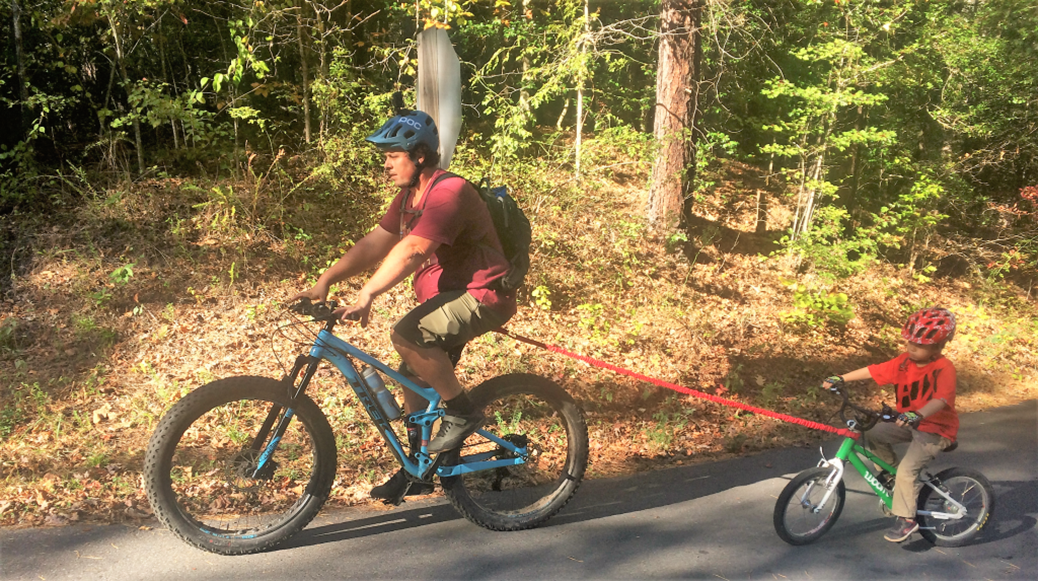 For families who are looking to seriously cut back on the amount of time they spend driving, or who want to get rid of a car altogether, buying a cargo bike is the best option.  Cargo bikes can not only haul kids, they can also haul all kinds of gear including groceries, library books, and even crazy things like lawn mowers.  There are several different types of cargo bikes including longtail bikes, bucket bikes, and electric assist bikes. 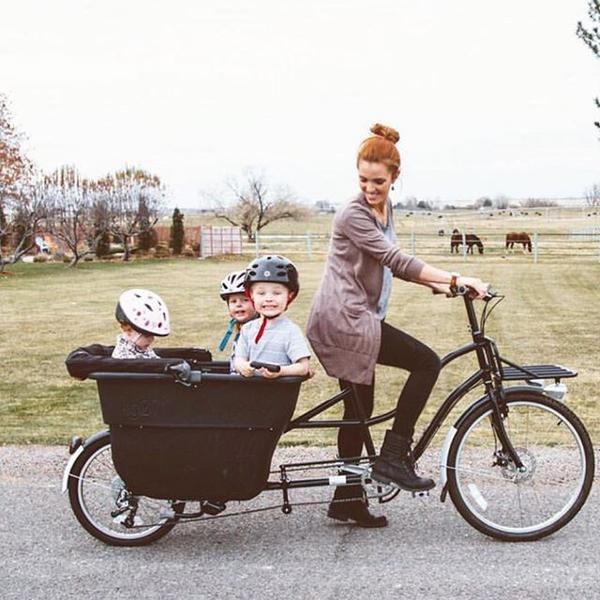 Tandem bikes are probably one of the least used ways to carry kids by bike, but for folks with the budget for yet another bike, this is a fantastic way to carry kids.  They are particularly convenient for families planning to ride long distances, either on-road or off-road.  Several bike manufacturers make tandems with the ability to add a stoker kit so a smaller rider in back can pedal along. 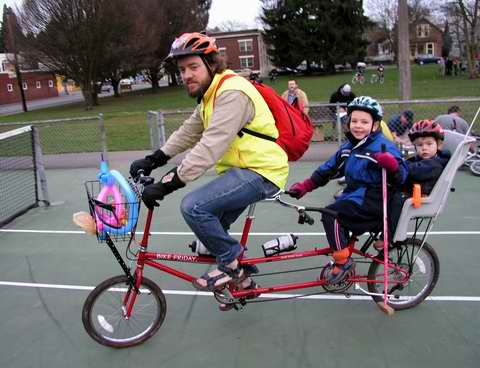 In order to help you find the kid bike carrier, we’ve created this comparison chart.  Yes, some of these rankings are a bit subjective, but should at least help you get started in making your decision.

In terms of budget, tow ropes and bike seats are the cheapest.  They also happen to be the easiest to store.  Cargo bikes and tandems are the most expensive since you’re buying a whole new bike, but they are also the most usable for families who plan to do LOTS of biking.

Age also plays a huge deciding factor.  If you plan on biking with an infant, make sure to read this article about biking with babies first.  Bike trailers, bike seats, and cargo bikes are the best (only?) options for biking with babies and toddlers.  Older kids tend to do best with a trailer-bike, tow rope, or tandem since it gives them the option to pedal and be involved.

Depending on whether you have a big garage or live in an apartment in the city, considering storage space is also critical.  A bike tow rope can fit in a drawer, a bike trailer can’t.

Finally, the number of children you plan on carrying is important to consider.  Most carriers will only haul one or two kids.  If you have more, the best bet is a cargo bike designed for large families.

More Resources To Help You Have Fun Biking As A Family