Most six-year-olds don’t NEED a full-suspension mountain bike. In fact, there are plenty of reasons NOT to put your child on a full-suspension rig. There is one pretty justifiable reason to do it, however: frequent lift-assisted downhill days.

For our recent trip to Whistler, we put our son on the Spawn Rokkusuta and it rocked his world. He was able to handle bigger jumps, bigger roots, and faster speeds than he would on one of his rigid mountain bikes. And thanks to the SRAM hydraulic disc brakes, he was also able to stop much faster. Indeed, for families serious about DH mountain biking, the Spawn Rokkusuta is one of your best options with 20 inch wheels. 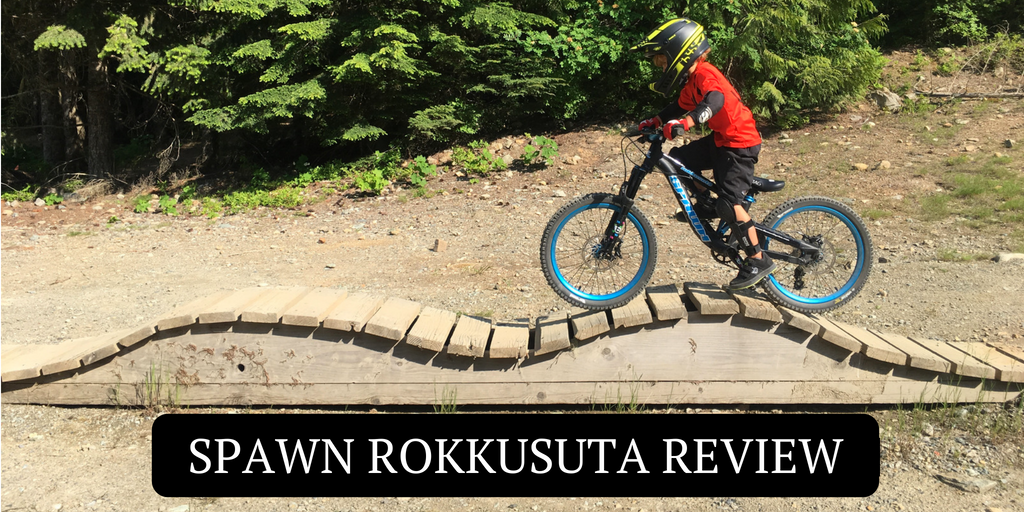 Price & Where to Buy: 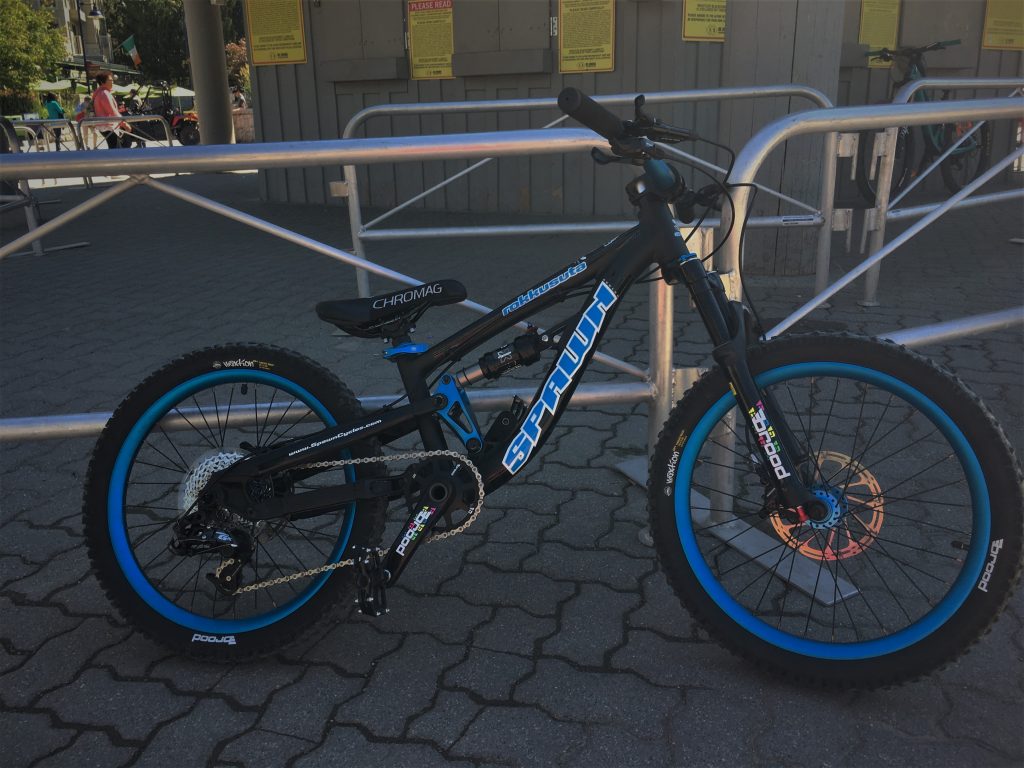 Compared to the v-brakes on most 20″ mountain bikes, the SRAM Guide disc brakes on the Rokkusuta make a huge difference. If you remember the days before disc brakes, you know what I’m talking about. The difference in braking performance was noticeable when watching my son. He was able to stop faster and better modulate his braking on the steeps.

The one thing to be aware of is that the SRAM Guide brakes are notorious for locking up in hot weather conditions. We were at Whistler during a ridiculously hot week, and right off the bat, the brakes on the Rokkusuta started locking up. Eventually, we got the brakes swapped out and had no more issues, but this is something to consider if you live in a particularly hot climate. 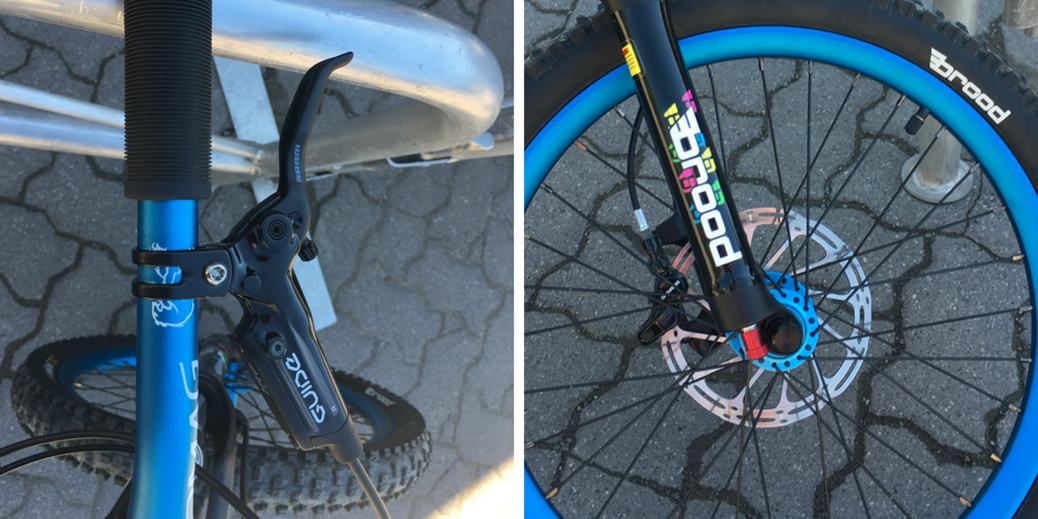 It took exactly one run for my little guy to get accustomed to the full-squish on the Rokkusuta and after that, he was a convert. The 100mm of both front and rear travel is significant for kids this size.  The rear X-Fusion shock is incorporated in a Horst Link suspension design, and the Brood Eldorado fork is easily serviceable.

In use, the suspension makes a massive difference for my son over his usual rigid mountain bike.  He was able to ride the green technical trails with ease, riding quickly through the roots and rocks that would normally cause him to slow down. 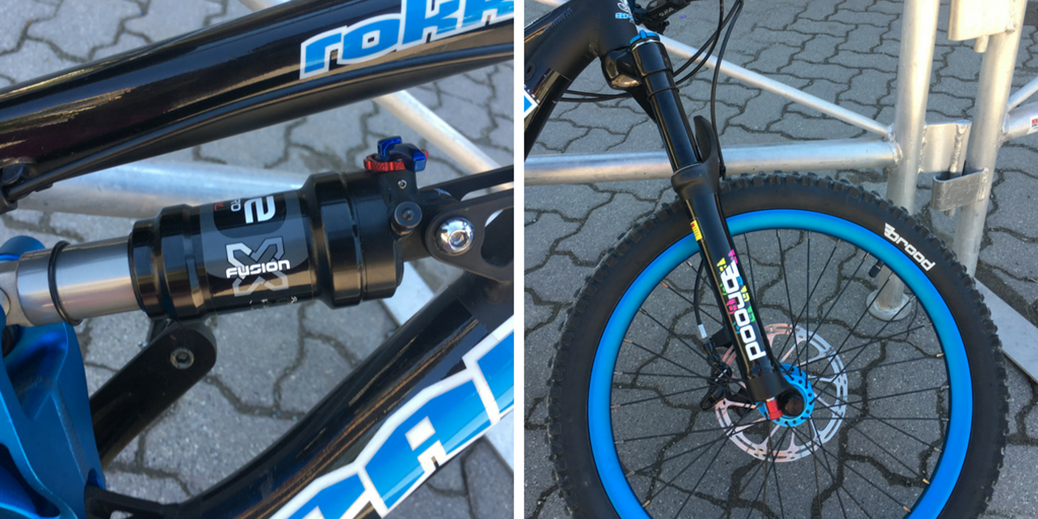 The Rokkusuta boasts a quality SRAM GX 10-speed drivetrain.  The trigger shifter was easier for my son to operate than the Shimano Acero shifter he’s accustomed to using.  The front chainring is 32T and the cassette ranges from 11 to 36 T.  Assuming your child is strong enough to push the weight of the bike,  they are well geared for a little climbing. 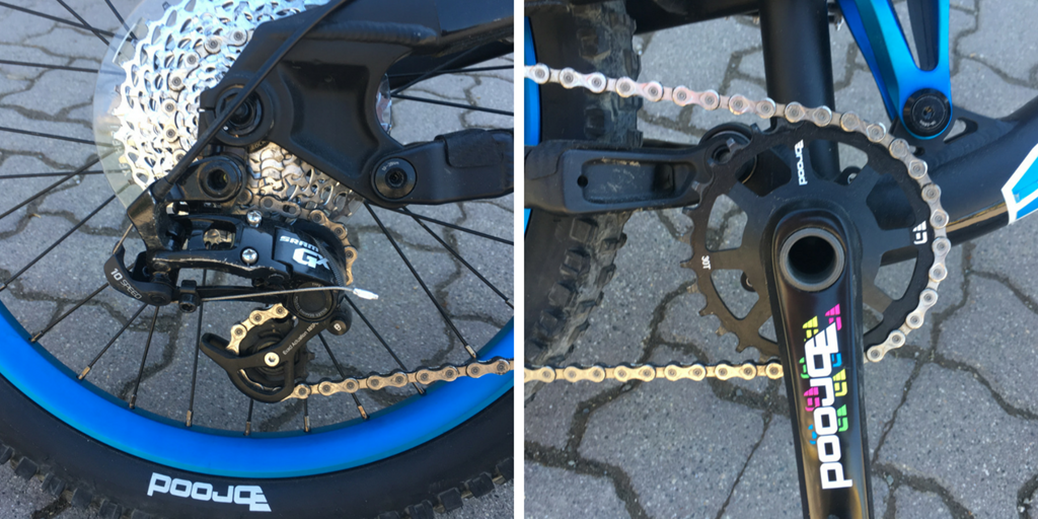 The Spawn Rokkusuta tips the scales at 25.5 pounds. My rather petite kiddo weighs 40 pounds making the Rokkusuta weigh in at more than 60% of his body weight.  For this reason, I would recommend it more for downhill riding than trail riding.

Spawn advertises the bike as a capable climber: “We’ve taken our cues from modern adult trail bikes – the Rokkusuta is long, slack and a capable climber despite it’s 100mm of plush front and rear travel.”  I have to disagree.  While the bike is likely a capable climber for an adult, for the average sized 5 to 8-year-old, the bike to body weight ratio causes an issue.  At the Whistler bike park there were a couple small uphills that my son would have normally flown up, and on the Spawn Rokkusuta, he struggled up them.

Kids – particuarly petite kids – are going to have a lot more fun on a lighter bike for trail riding.  If you are primarily using the Rokkusuta for bike park and shuttle riding, then the weight becomes less important. 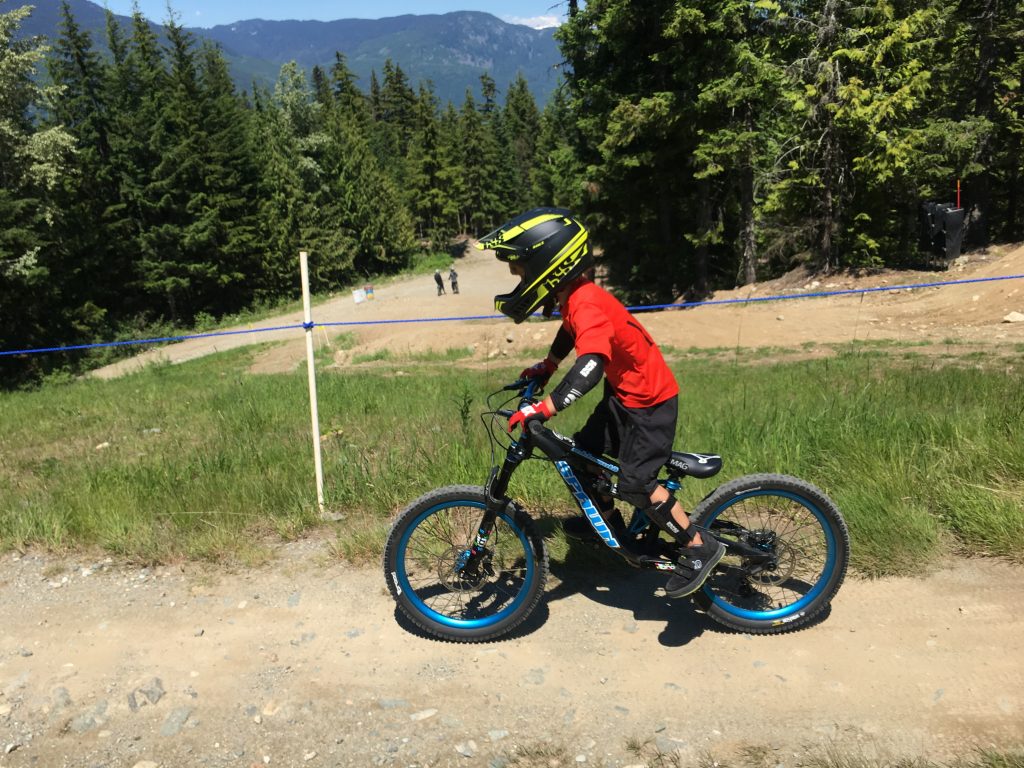 Wheels, Tires, and Other Components

There isn’t a cheap part on this whole bike.  All the components are top-notch from the Chromag saddle to the Kraton grips.  Spawn Cycles has also created their own component line, Brood.  Many of the parts on the Rokkusuta are Brood: the 140mm cranks, front fork, and wheels.

Wellgo offer some of our favorite mountain bike pedals for kids, and the Wellgo alloy pedals on the Rokkusuta are no exception.  Combined with my son’s Five Ten Freerider shoes, they provided a good grippy platform for a long day of riding.  The pins are metal which means I wouldn’t want to put my child on them without shin protection, but with them, we had no problems.

The Brood rims are tubeless compatible, and Spawn offers Brood Maxtion 2.20″ tubeless-ready tires as an option ($40 USD). Otherwise, the bike comes with Kenda Small Block 2.1″ tires.  While the latter is a nice tire, we tested the bike with the Maxtion tires and would highly recommend the extra width and ability to set them up tubeless.

We also appreciate that the frame includes internal routing for a dropper post.  While the bike doesn’t come with a dropper, we like that it can be added.  Several parents I’ve talked to have installed the KS Lev Integra* to great success. 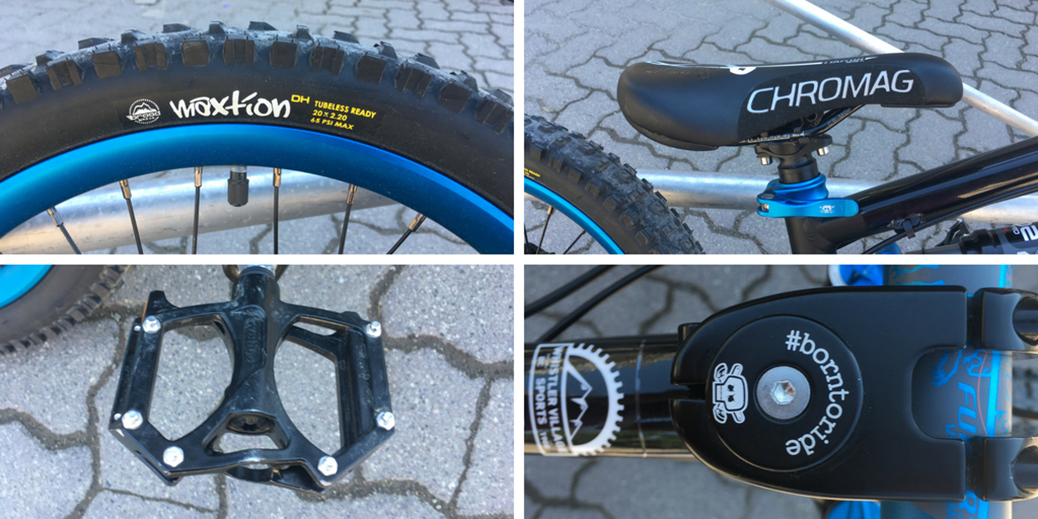 There aren’t a ton of options for 20 inch full suspension bikes, but there are a couple alternatives to the Spawn Rokkusuta that you might want to consider.

For downhill riding, the Spawn Rokkusuta is a great option for your young child. The 100 mm of front and rear travel, SRAM hydraulic disc brakes, and tubeless ready wheels provide a capable and comfortable ride. Yes, it is expensive, but the high-quality components mean that this isn’t a “disposable” kids’ bike; you should be able to sell it for a decent price when your child has moved on to the next size.